Reasons to Hope for an Apollo Programme for Climate Change

Neil deGrasse Tyson once said “We went to the moon, and discoverd [the] Earth”. Today, Simon Kelly the Co-Founder of ‘Just Comments’, guides us through the history of space exploration, lessons learnt and what we can take forward when tackling some of the worlds most pressing issues like climate change. 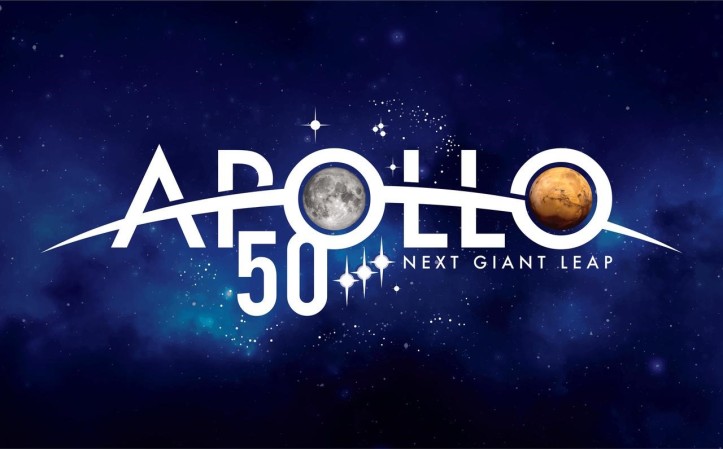 50 years ago, Neil Armstrong descended the steps of the lunar module to create the first human imprint on the moon’s surface. To put this achievement into perspective, we had only flown across the Atlantic 35 years earlier.

As Neil lifted his size 9.5 moon-boots and looked back toward Earth, I wonder if it occurred to him to question what kind of footprint we – as a species – are leaving on our own planet. Whilst he almost certainly had more immediate concerns, this is a question we are increasing asking ourselves half a century on. 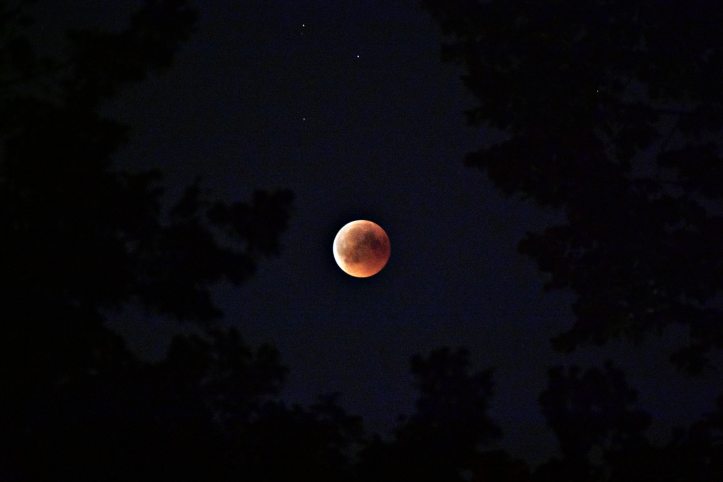 Seen through the eyes of Apollo this question could get you down. Today, we are more reckless in our consumption and more dismissive of our experts; aspiring to Love Island over the Sea of Tranquillity and inspired by political leaders that prefer protecting borders to exploring new frontiers.

In spite of this, I believe that  our footprints on the moon offer hope for how we can overcome the biggest challenge facing humanity today – the collective footprint on our own planet.

At least this how the USA interpreted the signals of the Soviet Union’s Sputnik One as it orbited the Earth in 1957 –  one year before NASA’s creation and 12 years before Apollo 11. The Americans were a distant second in the space race – a race which President Eisenhower refused to even acknowledge. When President Kennedy (JFK) announced in 1962 that the USA would choose to go to the moon before the decade was out, it was a giant lead – one built on faith in technology and the ingenuity of his people. This, after all, was only a year after the Soviets had sent the first man – Yuri Gagarin – into space.

When JFK said that we, as humans, ‘choose to do these things not because they are easy, but because they are hard’ – a speech that’s become so famous it’s haaaard not to read it in a Boston accent – he meant it.

It required a monumental effort – one that NASA compared only to the Panama Canal or the Manhattan Programme.  There was no consensus that it was a politically wise policy. In fact in 1963, General Eisenhower stated that “anybody who would spend $40 billion in a race to the moon for national prestige is nuts.”

Fortunately for us (and the US tax payer) he was wrong. The Apollo missions did go ahead and ‘only’ cost $25.4bn – which, according to NASA is approximately £200 billion in today’s money.

Apollo shows that success is not a linear process. As Sputnik orbited the Earth it would seem unimaginable that the US would put a human on the moon just 12 years later, and that in 8 years you could create a new agency that would command 4.4% of the National Budget.

When nations sense urgency, accept the challenge and commit to a narrow focus, change can and does happen suddenly and exponentially. If the will is strong enough, a way can be found. To paraphrase JFK, today it is the hazards of climate change, not space, that are hostile to us all.

50 years ago it was not just the Americans who celebrated. It is estimated over 650million people watched the Apollo 11 landing on TV – 1 in every 6 people on the planet.  An achievement to this day that remains a giant leap on behalf of mankind.

This shared success was no accident. It was created through a common vision, one that resonated with our pioneering past.  A prime example of this occurred in 1961, as President Kennedy was taking a late night tour of the Space Centre that would one-day bear his name.  He is reported to have seen a janitor mopping the floors and casually enquired why he was doing so at such a late hour. The janitor responded ‘I’m not mopping the floor, I’m putting a man on the moon’.

This response was no anomaly. A study looking into how NASA operated in the 60s found this belief to be systematic – there were ‘numerous steps to help employees see a stronger connection between their work and NASA’s ultimate aspirations’. Essentially it was a common goal that allowed people to see greater and longer-term meaning in their short-term tasks.

This was no short order as, at its peak, the Apollo programme employed 400,000 people and required the support of 20,000 industrial firms and universities. What’s more, whilst at least 70% of Americans watched the Apollo 11 landing, 58% claimed to be opposed to the idea just few years earlier.

Firstly, it is in everyone’s interest to have a common vision or long-term objective. Organisations would do well to remember this. True success is neither built by a leader or a policy, but rather through combined effort and a common purpose. A shared sense of ownership creates an ‘endowment effect’, which naturally makes us more committed and partisan towards the cause.

Secondly it’s worth remembering that consensus doesn’t need to be reached. Start with those who can make the biggest impact and then engage the wider population.  Those who do not share, or perhaps understand, the vision do not necessarily have to hinder progress.

3. It’s helped us discover our planet

“Suddenly, from behind the rim of the moon, in long, slow-motion moments of immense majesty, there emerges a sparkling blue and white jewel, a light, delicate, sky-blue sphere laced with slowly swirling veils of white, rising gradually like a small pearl in a thick sea of black mystery. It takes more than a moment to fully realize this is Earth … home.”

It’s perhaps no coincidence that the age of Apollo was also the dawning of Aquarius and the coming of Silent Spring – released by Rachel Carson in 1962. Today Climate Change and environmental activism enjoy unprecedented and prominent media attention. But this was not always the case – they are relatively young movements.

Al Gore is one person who credits the Apollo Missions with their birth, somthing which is perhaps summarised best by Neil deGrasse Tyson…

“We Went to the Moon and We Discovered [the] Earth”.

Our discovery began in 1969 with the release of Apollo 8’s photo ‘Earthrise’, which LIFE magazine selected as one of the 100 photographs that changed the world. Nature photographer Galen Rowell declared it to be “the most influential environmental photograph ever taken”, an image that is said to have been the inspiration for the first Earth day in 1970.

Somewhat fittingly, Apollo 17 signed off by taking yet another of the most iconic photographs of the 20th century, “The Blue Marble” – the first complete photograph of the Earth taken by a human.

Astronaut Cernan called it ‘the most beautiful star in the heavens – it’s the one we understand and we know, it’s home, it’s people, family, love, life – and besides that it is beautiful’.

If one picture is worth a thousand words, perhaps two pictures are worth a whole movement. Earthrise and the Blue Marble are amongst the most widely distributed photographs ever and they help emphasise just how precious our planet is.

Whilst the situation remains grim and much is still needed, we are witnessing greater movement and change.  From the early birth of the Club of Rome in 1968 and Greenpeace in 1971, we now have a consensus of scientific thinking, the Extinction Rebellion movement, Greta Thunberg, Global Agreements made at COP21 and the World Economic Forum citing ‘extreme weather events’ and ‘failure of climate change adaptation and mitigation’ as humanity’s two biggest risks in 2019.

Of course, there are still high-profile leaders who continue to question or undermine the science, but this might be simply be a symptom of their times. Donald Trump, for example, was 23 when Apollo 11 landed on the moon.  This generation of leaders’ formative years were shaped in the absence of any prominent environmental movement and at a time when Business Schools were uninterested or unaware of wider Corporate Responsibility. On an optimistic note, it is likely this will change as we seen younger and more enlightened leaders aligned with the scientific consensus. As it was with Earthrise, it is always darkest before the dawn.

Why our Journey to the Stars Gives us a New Hope

Fair to say that even 50 years on, one doesn’t have to look hard to find significance in the Apollo missions. It remains a pinnacle of mankind’s achievements. But beyond the obvious, it also serves as a blueprint for how humanity can – and has – overcome seemingly insurmountable obstacles. It tells us that we shouldn’t expect ‘linear’ change and that awareness of our planet’s climate is continually growing. Perhaps the Apollo 11 mission is also the greatest demonstration of what we can accomplish when we buy into a common purpose and work as one to achieve it.

Whether it’s the surly bonds of gravity or financial markets fixated with infinite economic growth, it remains possible that we can slip the status quo and push for a new frontier – a glimpse of divinity. From the Blue Marble to the Blue Planet, our understanding, awareness and collective desire to act continues to grow.  So don’t stop. Keep putting one small step in front of another. It can lead to some incredible places.

About the author: Simon is Co-Founder of Just Comments, a new and global open source platform that allows employees to rate employers on their sustainability initiatives; so we can all have greater transparency on how companies, charities, public sector bodies and festivals actually behave. Visit www.justcomments.org for more.

You can Find Simon on Linkedin.

All Images sources from NASA and Pexels.