Level Up: Saving Wildlife through Gameplay

Richard Milburn, the co-founder of Tunza Games, gives us the lowdown on the social enterprise’s educational wildlife game, and how we can engage the public in conservation issues.

Can you give us a brief history of Tunza Games and where the idea for the project came from?

The initial inspiration came when I was in Eastern Democratic Republic of Congo working on a gorilla conservation project with John Kahekwa, an expert on the critically endangered Grauer’s gorillas who has worked to protect them for decades, including during war. We had come back from the field and were looking out over the nearby city of Bukavu, and John pointed at the gated houses being built and said, “all of this wealth is from the illegal mining they do, which causes so much harm to the environment. That is the problem in Congo – those who destroy the environment get rich while we who protect it remain poor.”

What John said seemed to sum up the problem facing conservation and made me think we needed businesses that would help protect wildlife. A game seemed a great way to get that idea off the ground because it’s not just educational but fun as well. So I worked with my friend and co-founder Ed to create Tunza Games; Tunza means ‘we care’in Swahili and our mission is to create great games for a great cause, to raise funds and awareness to protect wildlife.

What first sparked your interest in wildlife and conservation?

I’d always loved David Attenborough documentaries, but the major event was on a family safari trip to Kenya and Tanzania when I was sixteen; I couldn’t believe what I was seeing and knew all I wanted to do with my life was work with wildlife. Since then I’ve completed my PhD studying wildlife conservation in warzones, especially in eastern Democratic Republic of Congo, which gave me the in-depth knowledge about the issues facing conservation and the solutions we need to save wildlife.

How was the Conservation Crisis game designed? What did you hope to achieve through the game?

I came up with an initial prototype, drawn onto a flattened cardboard box, and Ed suggested some design changes and better mechanics (board game rules) to keep the theme the same, but make the game more enjoyable to play. We then created a full-colour prototype and play-tested the game and made improvements based on the feedback we received until we, and the people playing the game, were happy with it.

The hope now is to use the game to get people interested and excited about conservation and raise funds for conservation charities. Our big aim is to show that we can create ethical business models that help save wildlife and raise the funds needed to protect endangered species around the world. 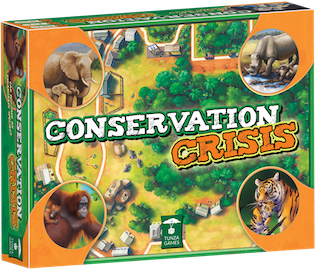 What have been some of the major challenges in creating the game?

Time is one. We spent two years developing the game, making small changes based on people’s feedback and then testing the game again, which is a slow process as we were only working on it on weekends.

The second is making sure the game is fun as well as educational; no-one wants to play a boring game, however educational it may be, so we’ve worked hard to make the game as fun as possible while still being true-to-life. The realism actually ended up helping because it creates excitement – for example, many people say one of their favourite elements in the game is the poacher’s checkpoint and the decision to pay a ‘bribe’ or not. If you pay you, go through quickly, but then it comes back to haunt you later in the game, just like in real life.

What has been the response to the game so far?

Very positive. People love the idea, which is great, but more importantly they love playing the game as well. It’s fun and everyone we’ve played with so far has learnt something about conservation, or if they’ve worked in the field they’ve been surprised at how accurate the game is and how a card has come up talking about an event they’ve actually experienced during their work. 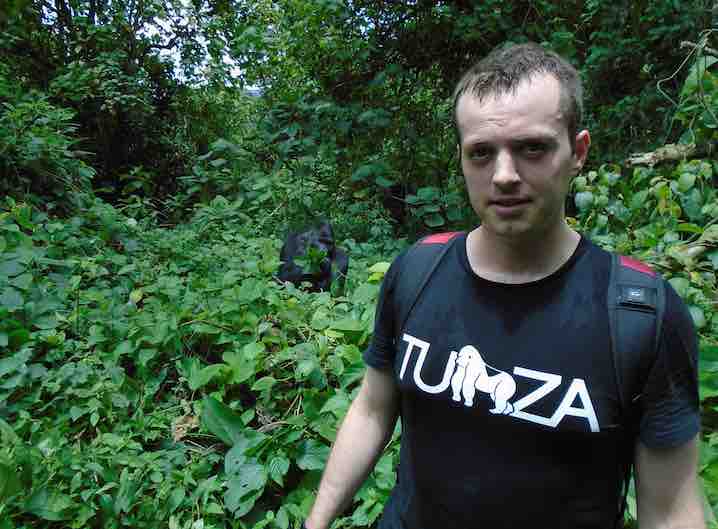 You work with charities, including Tusk and The David Shepherd Wildlife Foundation, can you describe the work that these charities do,and how playing the Conservation Crisis game supports these organisations?

One of the stand out features of Tusk’s work is the annual Tusk Awards, presented to outstanding conservationists in Africa. These awards not only provide funding to the projects run by the winners, but also provide them with international exposure that enhances their credibility and helps them develop more partnerships and funding in subsequent years. They identify some great unsung conservation heroes and some great stories, you can find out more here: https://tuskawards.com

The David Shepherd Wildlife Foundation supports 16 projects in 14 countries around the world, supporting 372 rangers, 1,500 women and reaching over 30,000 children. In addition to their direct conservation work, they use art to engage and inspire children and adults in conservation, including their annual Global Canvas art competition.

Playing Conservation Crisis helps support these organisations as we donate revenue from all sales to our partner charities – our aim is to donate a minimum of 10% of our revenue to them initially, and to increase that over time and develop more ways to raise funds, such as charity special editions.

What do you think are some of the major challenges in getting the general public engaged in conservation issues?

The big challenge is enabling them to get involved beyond just donating money. Time and again I speak to people who say they’ve seen documentaries about the plight of wildlife and are desperate to help, but they don’t know what they can do. They can’t keep donating, because they don’t have enough money, so they just give up. We need more ways for people to help and we need to make it as easy as possible.

I think ethical business has a big part to play in that – many products on sale today cause harm to wildlife, so we need to change that so they do good instead. By way of example, if everyone that watched the Planet Earth II television series in the UK bought a £2 cup of tea or coffee once a week for a year that helped protect wildlife, we’d raise over £1 billion per year. The easier we make it for people to do-good day-to-day and vote with their wallets, the more wildlife we will save. 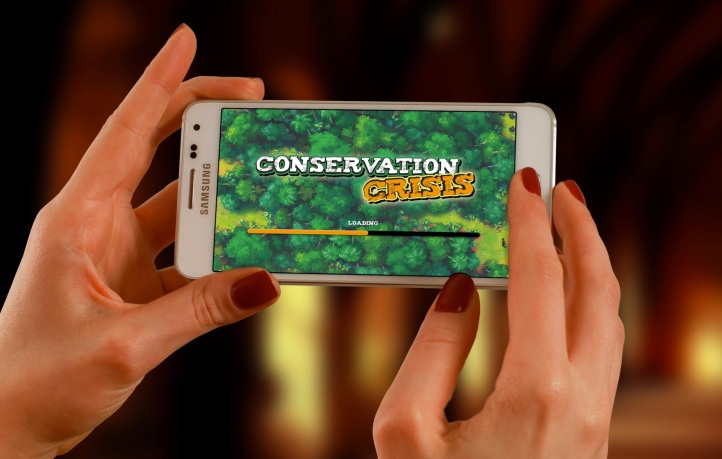 What are your aims for the future of Tunza Games?

In the short term, to release the final version of our app and then sell hard copies of the board game for Christmas this year. In the longer term, we want to raise more than £1 million for conservation charities. The moon-shot is to create an ‘ethical Monopoly’; a game widely known and played around the world, that sells millions of copies and raises tens of millions of pounds for conservation charities.

Richard Milburn is a Visiting Research Associate at Kings College London, having recently completed his PhD, researching links between wildlife conservation, security and conflict. Along with co-founder, Ed, he set up the social enterprise Tunza Games in 2015.