Cleaning Up Our Act: An Urban Beach Restoration

This summer, three environmental enthusiasts, united by a mutual passion for reducing the impact of single-use packaging, embarked on a beach clean along the Ouse River in York. Having met via the Facebook page ‘Zero Waste York’, the trio dedicated themselves to collecting a range of mind-boggling products from the river banks.

The most numerous items gathered were cigarette butts and water bottle caps, while plastic wrappers, sanitary towels, tea bags, children’s’ toys and balloons also made it onto the waste-busters’ tally.  But by far the most troublesome thing of all, multiple, used hypodermic needles made an appearance. 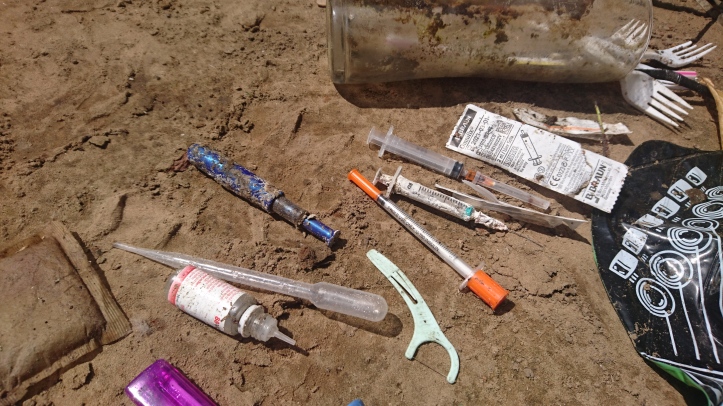 Linda Clark, who is studying a master’s in Marine Environmental Management at the University of York, is a committed environmental campaigner and highlights just how important this particular river clean is. She explained that because the Ouse is so dynamic, any rainfall washes the items downriver and into the ocean. That is to say, whatever collects on these beaches may not pile up, but will be washed downstream and eventually out of the Humber Estuary and into the North Sea. This can end up in the seafood people are eating!

Sensationalism aside, Clark, who believes that humans are part of the natural world, not above it, emphasises that the key take-away from this beach clean is that these items are coming from cities inland, 41 miles away from the coast. Cities and human habits are most responsible for marine litter, because it enters the waterways through rivers upstream.

How much of this is down to direct littering? Clark determines that, as the beach in question is situated directly under the Ouse Bridge, many of the pollutants gathered originate from people either littering from the bridge into the river, or from litter being dropped on land blown or washed into the river when it rains. Clark also noted: ‘We definitely observe the most cigarette butts being collected from directly under the sides of the bridge, so it is obvious people are just dropping their cigarette butts and cigarillos and cigars straight off the bridge. And this is just what we see as the river is low.’ 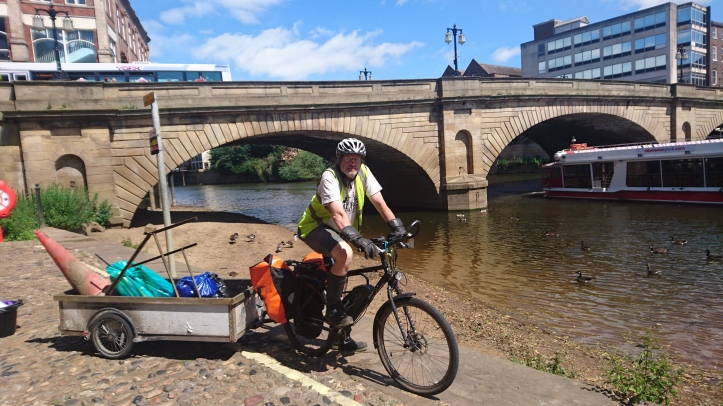 Rewind to September last year, and you might recall reports on a ‘fatberg’ in the sewers of Whitechapel, East London, now featuring as an exhibit in the Museum of London. This fantastical phenomenon was caused by inappropriate items like baby wipes and cooking fat being flushed down toilets and sinks. So how much of that ends up in our rivers? Clark confirms that she did indeed find lots of wet wipes caught in the river bank foliage, and suggests direct littering, overflowing bins, and sewage systems running directly into the river as some of the possible explanations.

But the terrible truth is that only a tiny proportion of water pollutants are removed by beach cleans like this one, and they are not enough to confront the scale of the problem. The implications of plastic pollution in waterways are now well documented, and Clark lists off a raft of terrible consequences resulting from the items found on the Ouse Beach: ingestion by wildlife that can be fatal or passed up the food chain, or entanglement of marine species that can cause injury or even be fatal. The main reason for beach cleans, however, is to raise awareness. ‘Until the tap is turned off,’ Clark concludes, ‘beach cleans are literally a drop in the ocean.’

But enough of the doom and gloom. What can cash-strapped-and-busy students do to have a positive impact on the pollution in our waterways? Clark boils it down to a simple series of steps:

From Clark’s point of view, recycling should be the last resort because it is very energy intensive and items are often ‘downcycled’, not truly recycled.

Specifically for students, Clark suggests replacing regular bottled-water purchases with an investment in a refillable bottle, which she insists will both save money and single-use plastic waste. Remembering your reusable shopping bag and coffee cup, as well as turning down plastic cutlery, straws and plastic-wrapped vegetables, are all lifestyle choices we have the power to take. Ditching the take-away for home cooking, and opting for a packed lunch made at home (wrapped in Bees’ Wrap rather than plastic sandwich bags or Clingfilm) are more money-saving, sustainable options. 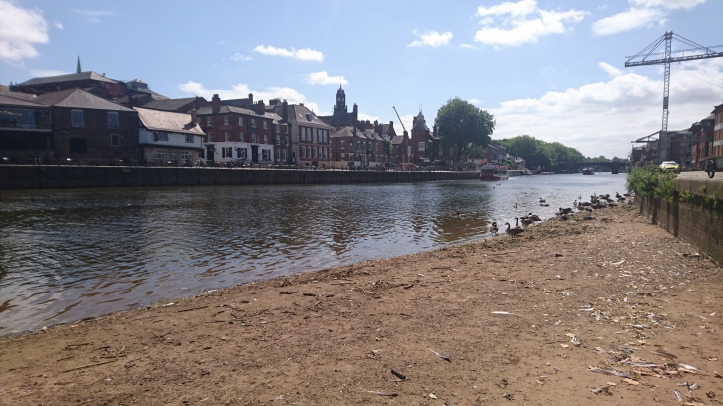 Finally, there are myriads of information sources where we can all learn more about living our best lives for the planet. As consumers, we have so much power. Take it!

Special thanks to Linda Clark who provided us with an incite into her beach clean up operation and supplied photographs – truly emphasising that we must be mindful of where our waste ends up and how we should dispose of it in the appropriate way.

About the Author: Bronwen Hopkins is our Wildlife & Environment Editor. She graduated from UCL with a degree in History and now works for a Bee Farm in West Wales and remains passionate about the natural world. She is believes that anti-capitalism and environmentalism can work in harmony and we will eventually end exploitation of the planet starting with the core of human society.