A Solu-tion to Pollution: Tackling Waste in the Philippines

A York graduate’s innovative effort to tackle waste in the Philippines.

In the UK, recycling and waste are everyday subjects. Theoretically, we know how to sort it, we know about our oceans of waste, we acknowledge the need for a solution. But what about outside the UK?

Waste is an international issue, and as such is inevitably tied up with the social and political contexts of individual nations. The UN stresses the need for member nations to create sustainable goals that work within a framework of economic and social stability. So how are other countries and continents addressing the problem of waste?

It was while bed-bound with tonsillitis in Manila that Matt Barrie, a PPE graduate of the University of York, came up with the idea for Solu. Walking around the city, he had been struck by the abundant waste on the streets. “It was a horrible eyesore,” he says, “And a health risk too: the vulnerable were living amongst waste which promotes the spread of disease.”

He describes this as a problem faced by the developing world at large, not unique to the Philippines. The South-East Asian boom has given rise to a growing lower-middle class for whom purchasing single-use items is fashionable, while waste management strategies have not kept pace. This has led to rivers of waste flowing through the city, which is eventually swept out to sea. 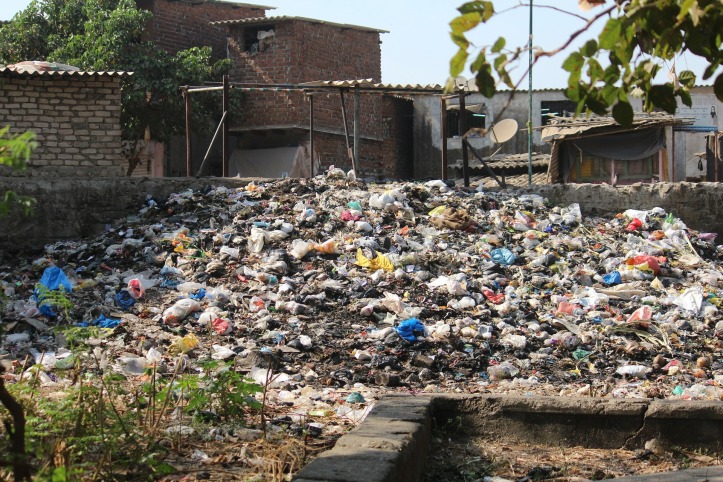 So why don’t the Philippines have a similar system to the UK, with door-to-door recycling collection? Barrie explains that this strategy cannot be applied to other countries with completely different climates and city structures. He lists the lack of funding and appropriately trained workers as key obstacles, exacerbated by a poorer infrastructure which makes it difficult to reach all residential areas.

Additionally, there is a political aspect: in the Philippines, elections are held every three years, and consequently it can be difficult to implement sustained and meaningful changes. Nevertheless, the tide of public opinion is shifting, and Barrie says that in the last five to ten years there has been an increasing focus on waste management in politics. In fact, in April this year, the current president of the Philippines Rodrigo Duterte closed a major island resort to tackle the built-up contamination. There is an amplified call for solutions – and this is where Solu comes in.

Solu is an app currently being developed with the aim of aiding waste collection, ensuring that it actually reaches the treatment centre, rather than build up in the streets. It’s a simple concept: users can sell their recyclable waste on the Solu app to local waste centres. Whatever is bought can be passed onto waste collectors and treated or recycled.

This is not only an environmental solution, but an economic one as well. For households that have few other avenues of income, the possibility of selling domestic waste offers an invaluable way to earn up to an extra £7 to £10 a week (around 5-700₱). It is also highly efficient. By reducing the number of intermediaries in the process, which can be between 4 and 7 people, any earnings are channelled through the local government thus stimulating the local economy on a grassroots level.

The economic incentive also means more recyclable materials will make it to the treatment centre where they can be turned into something useful. Barrie highlights the widespread surge of interest for waste management innovation – the plastic-eating enzyme made headlines lately – but asserts that nothing is solved if the plastic never makes it past the street corner. Tackling pollution requires action at all stages of the process: from reducing the amount of packaging products being consumed, to making waste collection more efficient, to dealing with what’s left behind at the end.

In addition, there is a lack of awareness about the usefulness of certain materials. Around 16-18% of greenhouse gases come from biodegradable materials which could be recycled or recovered. By giving an incentivising the separation and selling of household waste, Solu will enable greater efficiency in the Philippines recycling system and contribute to the reduction of pollution.

The Solu app is scheduled to launch in the Philippines in August this year. Barrie hopes that in the future the system model could be extended to other developing countries in South-East Asia. You can find out more about Solu on their website and keep up to date with their progress on Facebook and Twitter.